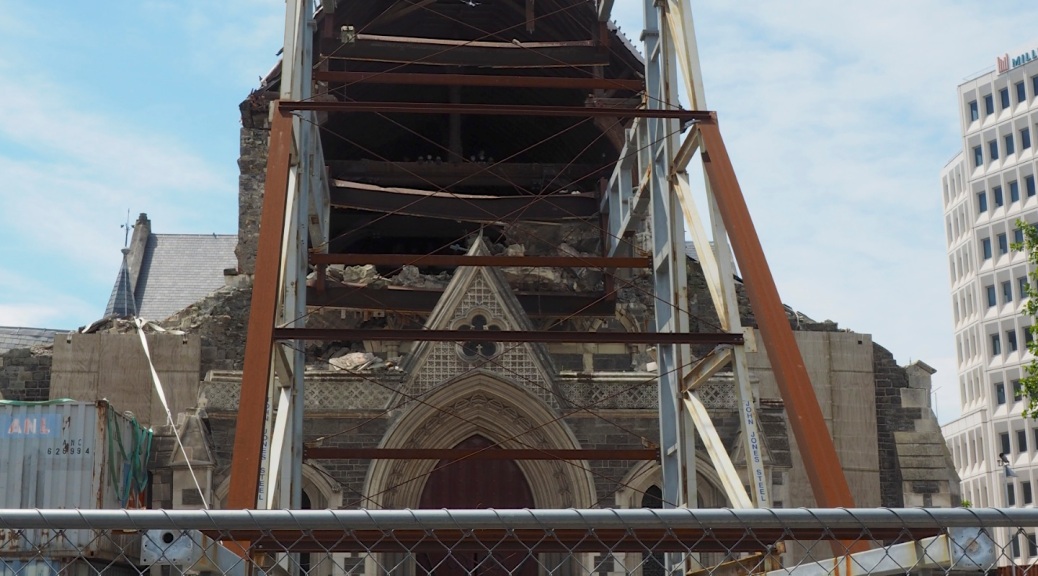 Over the weekend I spent a few days in Christchurch. In 2010 and 2011 there were a series of large earthquakes in and around Christchurch that caused a lot of damage to the city. These were probably the most destructive earthquakes in New Zealand, at least since the Napier quake of 1931, if not earlier.

This was my first visit to Christchurch in a number of years and was a rather sobering experience.

On the surface, the city appeared to be operating as normal. The motel I stayed in was undamaged and everything around there looked to be ok. However travelling around the city, the signs of damage and destruction were pretty obvious, even three years after the quakes.

When I eventually made it into the central city, the damage became much more apparent. With the exception of Cashel Street, where the re:START Mall has been built, the city was rather quiet. Where there were previously buildings now there were empty lots used for parking, fenced-off buildings that haven’t been touched since the quakes and a small amount of new construction. It amazed me how long it takes to get things restarted.

I assume that the rebuild has been a slow process, initially at least, because of disagreements with insurance companies. This might explain why there are still some abandoned buildings around that haven’t been demolished or even had any attempt at repair.

In some of the worst-hit suburbs, it was even more depressing. I drove down a number of streets in the Red Zone where every single house is abandoned. I think that because of the quality of the soil and the likelihood of liquefaction in future quakes, these areas are not going to be built on again.

It is an interesting state for a city to be in. There is so much potential for change, yet also rather depressing as the destruction is so recent and so obvious. Step-by-step progress is being made. Hopefully it can continue

One thought on “Earthquake tourism in Christchurch”